I hope you’re still having a happy Black History Month!

Everyone knows about the Black History legends such as Malcolm X, Jesse Owens, and the Ruby Bridges. But there were so many other African Americans that helped excel our culture in society, such as Shirley Chisholm, Mae Johnson, and Dr. Rebecca Lee Crumpler. African Americans have provided a myriad of contributions, since their involuntary immigration to the United States. However, our portrayal in society has only highlighted and exacerbated certain prejudiced stereotypes.

With this series, I hope to shed new light on the achievements and positive contributions, people I know, are doing on a daily basis. Black history is not just about what African Americans have done in the past, it is about celebrating what they are doing now, and allowing the future generation to experience new possibilities. If you haven’t checked out the first installment of this series, click this link to view it now.

In 2014, I decided to try my hand at acting and modeling. At the beginning of my journey, I auditioned with Actors Models and Talent for Christ. It was through this experience that I met Donald, who always had a huge smile on his face and radiated with positivity. Since then, he has worked with big names, such as Allen Iverson, and big corporations, such as Menswear. Above all, he hopes to empower and change the world through education and entertainment. More specifically, he strives to help others understand their goals and purpose in life. His award-winning short film “Vows” will debut at the National Association of Campus Activities in Columbus, Ohio this month. You can also hear him perform spoken word in St. Paul, Minnesota in March. To keep up with Donald, you can follow him on his website (donaldschulerjr.com) and social media, Instagram: @donaldschulerjr | Facebook: Donald Schuler Jr | Twitter: @donaldschulerjr

When I met Alexis in 7th grade, she was a confident, fashion-forward girl. Fast forward years later, her passion and dedication enabled her to graduate with a Bachelor of Science degree in Nursing; now she’s a Registered Nurse and Critical Care Registered Nurse. As if that’s not accomplishment enough, she went from a Philadelphia Soul Cheerleader to a Miami Heat Dancer in the 2018-2019 season. Whether on the court or in the hospital, she is a force to be reckoned with…and that’s why I admire her. If you would like to collaborate with her (ex: photo shoots/ dance choreography), want to learn about travel nurse assignments or are interested in learning more about her, you can follow her on Instagram: @msalexisjeanette

My fondest memory of Josh would definitely be freshman year of college when he helped me try to impress a boy I liked for Valentine’s Day. While the boy was not impressed, I learned right then how caring Josh was towards others. Now, Josh is living his best life, working at a non-profit organization that helps high school students. You can also find him producing films and television shows. He is living proof that you don’t have to confine yourself to pursue one passion of yours, but you can pursue different passions and still be successful. One project he’s been working on with others is Oldhead: The Series. You can watch the first two seasons on Youtube before the third season is released soon. He’s also working on a new film called “Dollar Party.” If you want to keep up with Josh and everything he’s doing, follow him on Instagram: @Meekz2 | Twitter: @OSMeekz

Thank you everyone for reading the second installment of my Shedding Light series this month. I love that each of the individuals that I highlighted today are not only pursuing their passions, but they are also giving back to their communities. Please follow them on their social media accounts and show them love for all that they are doing. And one more thing, share this post with others, so that they can see how Black people are inspiring and helping those in their communities and generation. 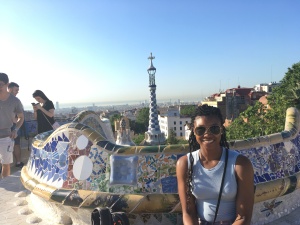