For my last post of 2017, I decided to write the final installment of my Barcelona Series posts. In this post, I will talk about some of the places that I visited and toured. If you’re looking for a vacation spot in 2018 or have decided to visit Barcelona next year, I hope that this post inspires your travels. And if you haven’t read my first two posts, check them out here and here. 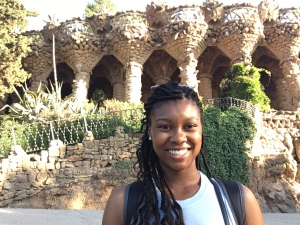 As I mentioned in my first post, my trip to Barcelona was 100 percent inspired by Cheetah Girls 2. I fell in love with the architecture of the city as they strutted down the streets of Barcelona. So naturally, I had to visit some of the sites where they filmed Cheetah Girls 2. One of the first places on my list was Parc Güell which was designed by Antonio Guadí. The park is huge, but you will be given a map after you pay for your tickets. I read on many blogs that if you decide to come to Parc Güell, you should arrive right when they open. I am glad I took their advice, the park was virtually empty when I got there; allowing me to take plenty of tourist-less selfie pictures.

Even though I went to the park to see the sites where Cheetah Girls 2 was filmed, I quickly became fascinated by the design of everything. The “seat” that I was sitting in this picture, as well as other buildings within the park, were filled with various colors and shapes. If you look beyond the park, you can also view the rest of the city. 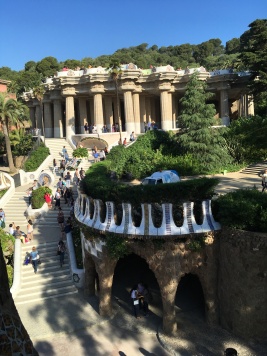 While at the park I had the opportunity to view Guadí’s house that was eventually turned into a museum. I was reading that he was strongly influenced by nature and natural shapes, which was really evident in his work throughout the park. I left the park after a little over an hour because I scheduled a food tour, but I would suggest staying longer to really enjoy all of the sights.

I saw the above statue right before entering the famous street, “Las Ramblas.” This street got really crowded with tourists, so it’s best to come here early or later in the day. Little ways down this street you will find La Boqueria.

La Boqueria is one of the most famous markets in Barcelona visited by many tourists throughout the year. There are other markets in Barcelona, but they are smaller and mostly visited by the locals. I was really excited to visit La Boqueria because I had heard so much about it. The market was packed with different vendors selling everything from jamón (ham) to cheese to sweets and olive oils. Actually, there were many vendors selling jamón; and I had to quickly move past them due to the strong aroma. If you visit Barcelona, make sure to visit La Boqueria either for lunch or to pick up a souvenir.

The Arc de Triomf was designed by Josep Vilaseca as a gateway to Barcelona in the late 19th century. This was the starting point for a picture tour I took during my trip, and it was a great beginning to learning about Barcelona. 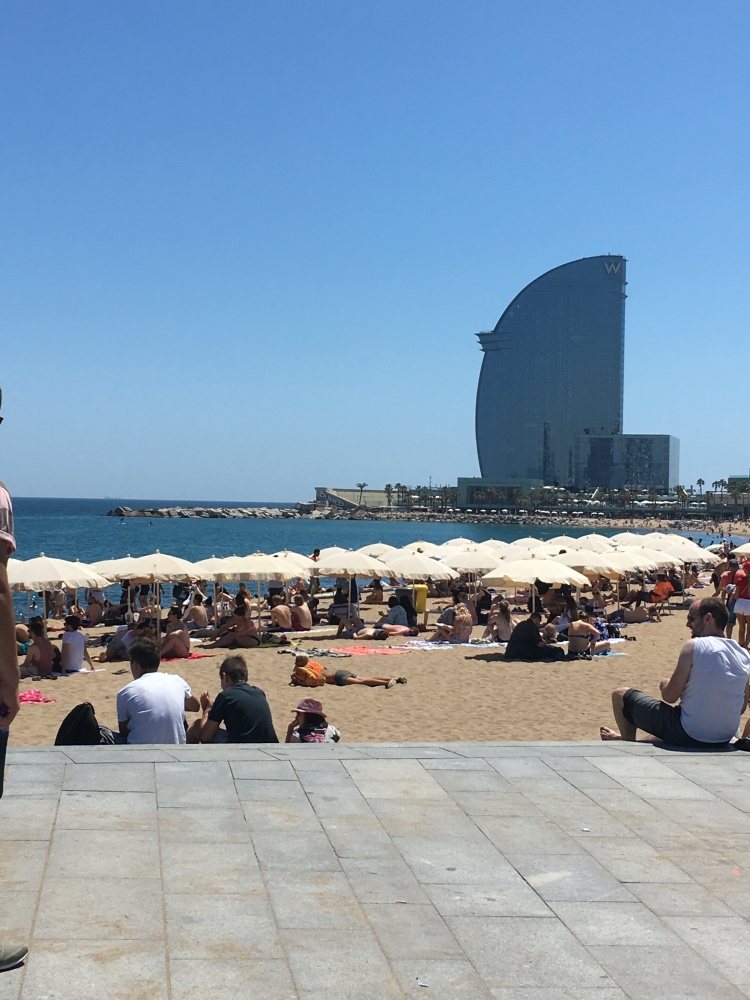 This is La Barceloneta beach. As you can see it is very populated by tourists, but do not fret there are other great beaches in Barcelona. If you do visit La Barceloneta, there are many restaurants and activities for the whole family. During my brief visit to the beach, I had two cones of gelato! 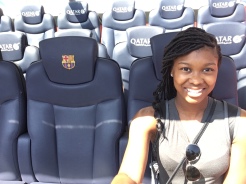 Surprisingly, I truly enjoyed my tour of the Camp Nou stadium, home of FC Barça fútbol team. On the tour, you can visit the locker room, the media room, the sportscast room (where the journalists watch the match), and the fan seats. However, my favorite part of the tour was having the opportunity to sit in the chairs of the players. Throughout the tour, you can take pictures that will end up in a souvenir book, which can be purchased once the tour is finished. The souvenir book was a little pricey, but how many times does one get to visit Camp Nou in Barcelona?

Another tourist attraction in Barcelona you should visit is La Sagrada Familia, also designed by Antonio Guadí. It is a Roman Catholic Cathedral that had been under construction for decades and will be finished within a decade or so. The audio tour stated there was an attempted coup that arouse in Barcelona a while ago and blueprints of the cathedral were destroyed; hence why it has taken a while to finished building. There are many tours within La Sagrada Familia, but if you’re not afraid of heights, you should choose the rooftop tour. Not only will the rooftop tour show you the entire city, it will also show you the immenseness of the cathedral. 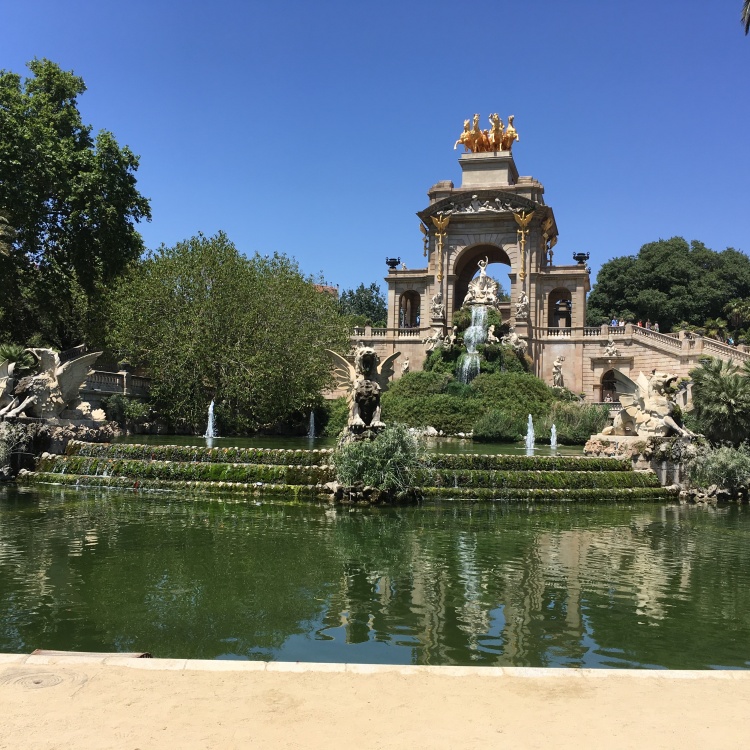 For a peaceful afternoon, I would suggest visiting Parc de la Ciutadella. Inside the park is this beautiful water fountain (pictured above). There were many bike and Segway tours that passed through the park, but the best way to enjoy the park is to walk through it. You can go up the fountain and look down on the park and the people. They also have rowboats in the park, which I splurged to take some fun photos. 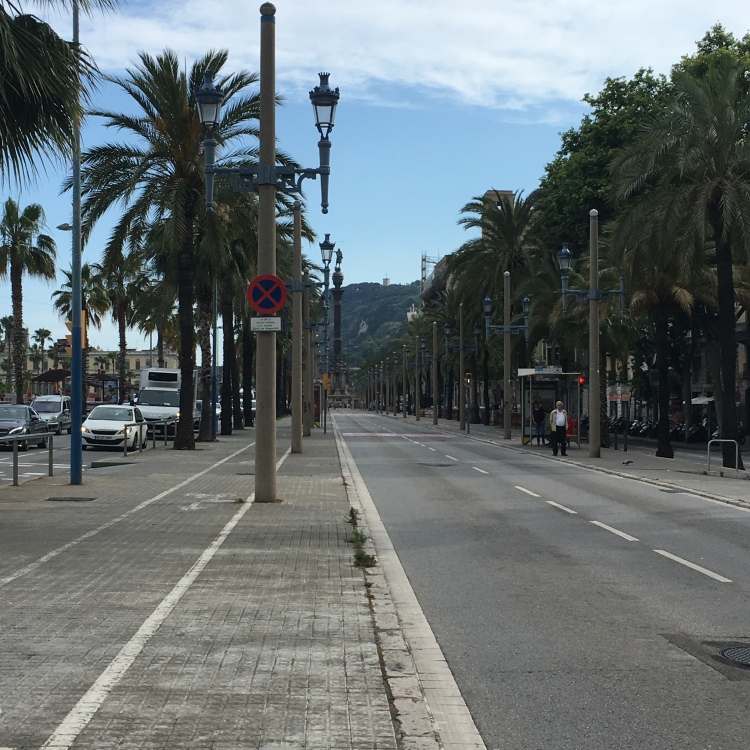 These are only some of the places that I visited while in Barcelona. Tours are great ways to explore and learn about a new city, so make sure to take advantage of those. Also when visiting a new city, don’t try to jam pack everything or else it won’t be enjoyable.

As always, thanks for reading and following me on my journey of adulting. Thanks guys for a great 2017 and I look forward to sharing more with you next year.