Sadly, it took me going to a PWI (predominately white institute) to learn, and desire to learn about the history of my people. Growing up, I had been sheltered from the realities of what it meant to be Black in America. However, all of that changed with Michael Brown and Trayvon Martin…Eric Garner and Sandra Bland…Tamir Rice and Freddie Gray, Jr. That is not to say that I had never experienced racial prejudices in public; but I am saying that my sense of self — my Blackness — has been heightened in the last few years.

Numerous times throughout the book, Ta-Nehisi Coates articulates that Black people have never owned their bodies. When Black and Brown people came from the islands and the continent of Africa as slaves, they did not own their bodies. Their bodies were used to produce cotton, tobacco, sugar cane, etc. Today in America, our bodies are still perceived to be worth enough for others gain. And then they can be easily destroyed when their utility is depleted. 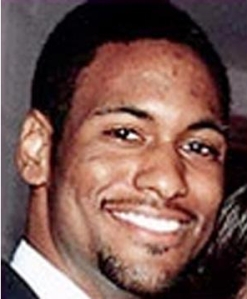 The author recalls when a friend from college was killed by a police officer in 2000. (Here’s a link to article that was written the same month of the shooting and another article written after the trial of the police officer). The victim, Prince Jones, was followed by a police officer from Maryland, through D.C., and into Virginia for suspicion of theft. Ultimately, the police officer shot and killed Prince Jones. Listening to the account of this story, I became infuriated and sorrowful at the same time. I had been naïve to believe that those who were sworn to protect and serve, could not intentionally and unjustly kill non-threatening civilians. Now I know all police officers are not like this, but stories of the “bad apple” police officer are highly prevalent in today’s society. And it makes me mad that the bodies of people of color are being destroyed for no reason. History and the media prove to be fatal in our advancement in society, by portraying people of color (in general) as dangerous and untrustworthy. I hope the truth of our people will be shown more and more now and in the future.

I also felt sorrowful after listening to the killing of Prince Jones. As the author, and many of the articles written about him reported, Prince Jones was an educated and law-abiding citizen. He had followed the path society had laid out to become a productive and successful citizen in America. So if he could fall victim to an untimely and unwarranted death, where does that leave the rest of us? This is a question that Ta-Nehisi Coates asked in the book, and that is the same question I asked to myself. I thought about the times I was followed by a police officer or the time I was pulled over by one. How much is my life worth to them?

Internally, I struggled with fear. Fear of dying before I was able to accomplish much in this life. So much so, that when I saw a police officer, my body tensed up, I turned my music down and kept my eyes straight…trying not to give them any reason to reach for their weapon. However, as I began to struggle with fear, I remembered what the Bible told me. In 2 Timothy 1:7, it states:

“For God has not given us a spirit of fear, but of power, love and a sound mind.”

And in that time of reflection, my fear of dying in the hands of a police officer started to fade away. We’re all going to die. However, how we view our bodies in this life will determine how we respond to our situations. The Lord is our provider and our shelter (Psalm 43:1), He is greater and stronger than anyone. So we should not be fearful of what humans can do to us (Hebrews 13:6). And even if we die from the actions of others, as Christians, we know our bodies will return to the ground but our spirits will go to Heaven. This gives us hope during these scary and unpredictable times. I believe this is where I differed from Ta-Nehisi Coates. If he had known this truth, he could have understood the fearlessness and peace of those that participated in sit-ins during the Civil Rights era, and even Prince Jones’ mother. Ta-Nehisi Coates was right about one thing though, our bodies are not our own. But while we abide in them, we must do what is in our power to enact change and love others.

New blog post alert! Want to help those who are effected by COVID19 but don’t know what you can do? Well, I made a list of ways you help others, even from the comfort of your own home. For instance, I decided to buy $5 Starbucks gift cards from BJs to give to my postal(wo)man and other people, whose jobs necessitate them interacting with the public in the midst of this pandemic. What are some other ways that people can help? Check out my blog post and comment below. Stay safe. www.myattemptatadulting.com #new #blogpost #wordpress #blogger #femaleblogger #covid19 #coronavirus #giveback #support #charities #giftcards #starbucks #bjs #usps #restaurants #helpinghand #staysafe #washyohands #helpfromhome #pray
It’s my pay week and I couldn’t be happier. I just consisted filling my envelopes , so now I’m ready to conquer the world lol But seriously, I love payday because it slows me to get one step closer to my financial goals. Have you checked off a financial goal this month? What goals are you working towards this month? This year? My main focus is to pay off my student loan (currently $19k) this year so I can really start saving for a house next year(?) #goals #womenwithgoals #financialfreedom #financialjourney #debtfreecommunity #debtfreejourney #millenialsindebt #envelopestuffing #payday #money
Who else loves filling up their cash envelopes after payday? . . . #cashenvelopesystem #cashenvelopestuffing #etsyseller #payday #financialfreedom
Happy Friday! I love Friday’s because I’m either off or getting paid! So this Friday I got paid, and that means I can calculate and share my January debt payoff. My monthly goal is to put at least $600 each paycheck towards my student loan (monthly total $1200). If I stay on track, I’ll be on the road to surpass how much I paid off last year ($10k). I’m going to start filming videos (🤞🏾) soon to share my financial freedom journey and to gives some tips. I am also trying to bribe myself with the upcoming #HungerGames book to finish my ebook before it comes out in May. And I’m putting it on IG to keep myself accountable lol Anyways, Happy Friday! #friday #payday #justgotpaid #alreadybroke #millenialindebt #studentloanssuck #studentloandebt #financialfreedom #debtfreecommunity #debtfreecommunity
Every year I have a word that I want to describe my year; this year, it’s faith. But I realized while I have goals for the year, I didn’t have any way to measure each month. At the end of the month, I wouldn’t know how I was progressing towards my yearly goals or my word. So I decided to come up with four monthly goals. I want to doing something for my self-care twice a month on my off days, instead of running errands or watching Netflix all day. I’m thinking I might get my hair done at the salon and get a pedicure this month. Another goal is to be more intentional with my friendships, by hanging out with them for coffee or lunch. I want to increase the content on my YouTube channel, so I’m shooting for creating two videos a month. Finally, I want to do something out of the ordinary instead of staying home every Friday...this month I’m planning on going to a murder mystery dinner. What are your monthly goals? #monthly #goals #february #blackhistorymonth #youtube #videos #creative #foodie #coffee #lunchdate #friendships #selfcare #newexperiences